Pumpkins Made for the Grandchildren 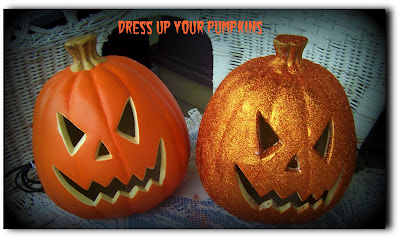 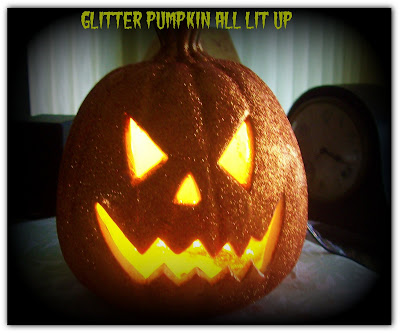 Happy  Halloween  2011
(original idea was seen at Martha Stewart)
Bought my pumpkins at Walmart already carved out & with light in it.....
Bought 2 large bottles of Martha Stewart glitter....I  took my 40% off coupon
from Michaels & dh with me so he could get the other glitter bottle discounted(other wise he would not go in store)

Bought a large bottle of glitter in orange & gold
This pumpkin is made using the orange...
Mod podge the pumpkin in sections & then add glitter until all of the
pumpkin is covered....
Pumpkin will glitter in the sun

Place inside or outside (should hold up in the rain as I covered the pumkin with a clear sealer)
Posted by MKHOE at 17:26